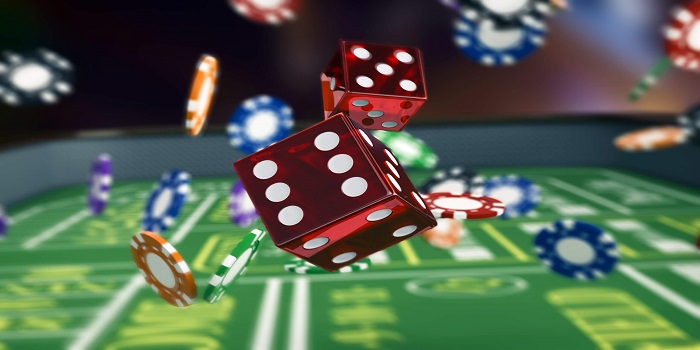 I am going to discuss the difference in playing at a short-handed game (4-6 players) and your best approach to these games. There will be many times that you will find a game that can be profitable, but you find that your style of play probably won’t get you the chips as it would in a full-handed table. There are many factors that work against you in a short-handed game that one needs to conquer to be a winning player.

Blinds – The blinds are coming around faster than in a full game, but you’re still getting the same frequency of playable hands so it’s costing you more money to see your hands.

Rake/Tipping/Jackpot Drop – I’m mainly talking about short-handed games with 4-6 players (note: I will not be talking about games that are heads-up or with 2 opponents). Depending on the club or casino you play in, most of them will reduce the rake when a game becomes short-handed. But that is still money that is gone — which is more important the lower the limit you are playing.

There’s not much you can do to get around this, except for maybe ask the dealer or floor for a rake break. You might get lucky.

Don’t get me wrong, I’m not against tipping. But when a game is short-handed the pots tend to be smaller, but most people tip the same. That is money gone as well. If the pots are really small, consider tipping every other pot you win.

For those of you unfortunate enough to have a Jackpot going where you play (can you tell I’m against Jackpots?), there is nothing you can do to get around this. All I can say is that’s just one more thing going against you, unless your table hits the Jackpot of course.

To get around these 3 factors, the higher the limit you play the less they go against you.

Opponents – What you might find in certain cases is that players in short-handed games are actually in fact relatively good. I’m not saying all of the players you find are good, but you will discover that these games do on average consist of a greater percentage of better players. Short-handed games for the most part were once full, and the most common reason they became short-handed is that most of the poor players ran out of money. This is usually found more often later at night.

Now that we’ve gotten the dirt out of the way, let’s talk about how we are going to increase your stack.

If you play a tight/aggressive game when the table is full and it becomes shorthanded, your table image as a tight player works very well in your favor. Some players are not aware that when a game becomes shorthanded, they need to confront the game in a different manner. The players I believe you should want in your game are weak or loose players or tight/passive players. You want players who will call you down when they know they are beat or players who will muck when they think they’re beat.

You have to be able to recognize the difference between these types of players. If you’re in a hand against a loose player, be prepared to show down your hand. If you’re up against a tight/passive player, you don’t necessarily have to have him beat to take the pot. A lot of these types of players will muck the winning hand if you check-raise on the turn, or even on the flop.

The blinds, like I mentioned earlier, are very important. You don’t want to give up your blinds to a raise as easily, because that money could be the difference between a winning and a losing session. If in your blinds you are confronted with a raise and you find yourself sitting with a mediocre hand or better, go ahead and re-raise. This re-raise is meant to make the raiser think twice next time he holds a good hand and reaches for two bets. This works better if you can take down pots when you’ve re-raised. The point being, you are trying to set up for the future that you’re blinds don’t get raised.

Starting Hands – You still need to have a tight/aggressive style of play, but you need to drop some hands from your starting list and add others. Drawing hands like 89s go way down in value, because you’re not getting the odds to play them correctly. However, I think hands like Ace-x go up in value and can be played more frequently. I’m not going to list a chart for starting hands, as it depends on what type of game you’re playing in and what kind of players you are up against. You should be able to determine this on your own.

If you enter a pot and see the flop and you’ve got the best hand or you think you might be able to buy the pot, bet or raise. Calling in short-handed games just doesn’t work because you don’t get that extra percentage that you might take the pot if you raise.

I’m not saying don’t call anything. If everybody entered the pot and you hit a four flush on the flop, and if another one of your suits falls, you have the nut flush and you raise on the flop, but get bet into on the turn, calling is ideal. You’re costing yourself more money if your card doesn’t fall.

Just be more aggressive and aware of your opponents and how they will react to your actions and you’ll come out a winner. Good luck.